I have whatever the most minimal unit of Internet based notoriety might be for having originally been a bit of a naysayer on HTTP/2 due to my irrational bias against binary protocols!  Well, I’m over it.

It’s good news to see that the future beginning to arrive.  For a real Internet geek like me this is one of the biggest technological changes in my life!

I was having a conversation today with a colleague about API usage and why it’s a key to success when building complex systems.  I tried to track down the original post from Steve Yegge regarding his thoughts from his time at Amazon and how they applied to the Google context and was a bit surprised that I couldn’t actually track down the original any longer.

For the sake of posterity I want to make sure I keep a copy rather than rely on G+, so with all credit to Mr. Yegge, here it is. END_OF_DOCUMENT_TOKEN_TO_BE_REPLACED

I’ve been using WordPress for this site for about 6 years and am generally quite happy with the fact that it “just works”.  I’ve been using a simple default theme (Twenty Twelve) for much of that time as well.  Recently I’ve been trying to be a bit more active on the blog and there are few (very minor) issues and personal taste differences I have with the theme which I’ve hacked out it of it.

I was doing some reading on how best to integrate SmugMug with the site since I’m on the verge of switching from Flickr for my personal photos and while I was doing this reading I discovered that there is a correct way of modifying themes for WP!  It’s actually quite elegant and avoids several potential problems.

I give you WordPress Child Themes.

A while back I joined the World of Warships alpha test.  Unfortunately part of the deal is that I can’t say anything about the testing prior the the beta phase that recently started, but now that the NDA is lifted, I just wanted to say that it’s been pretty fun so far.  The game itself seems to be in fairly good shape considering that it’s still under heavy development.

One of the best things about closed testing games is that the community tends to be much more pleasant than the average players in most online games these days.

I’m not as much of a gamer as I once was, but these semi-realistic shooters (Wargaming also makes the popular World of Tanks game as well as the sadly less popular Warplanes game as well) are good fun and a pretty decent mix of realism and playability.  This means there are plenty of departures from historical accuracy, but that doesn’t mean that there isn’t a certain sense of immersion that you get.  The last time I had this much fun in a naval game was probably during one of the first few Silent Hunter games.

So far there are ships from the Japanese and US navies implemented in the game and eventually all of the major WWII navies are supposed to be implemented.  Maybe I’ll see you in-game!

I just learned something about OS X that I didn’t realize was a feature. Then again, sometimes these days the difference between a feature and a bug is marginal!

At work I routinely run my Macbook connected to a second monitor, either at my desk for extra screen space while preparing the latest round of paperwork or when presenting at a meeting. From time to time, the dock (which I just keep at the bottom of my screen) seemingly snaps to the second monitor. This can range from mildly amusing to completely enraging depending on my state of mind and or caffeine level at the moment.

I just learned that this is actually a feature that I’ve been accidentally triggering with sloppy mousemanship. It turns out that you can move the dock on OS X to another display device simply by briefly holding your mouse cursor at the bottom of the device in question.

Now that I know this, what used to seem like a really annoying desktop environment bug has become a cool feature! 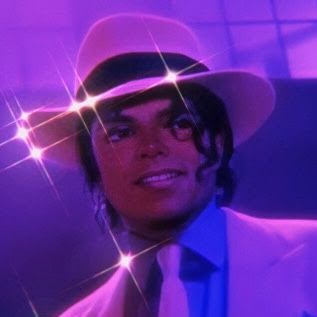 It is a man’s own mind, not his enemy or foe, that lures him to evil ways.